Modern Combat Versus (Modern Warfare 6) is a very exciting action game from a top developer. This game will insert you in a fun online shooting game that defines the new era of shooting games. Pick your fighter character, take control of your role, and master your battlefield with your team. So, Download Modern Combat Versus 1.12.3 APK from here and enjoy the gameplay.

From the run ‘n’ gun intruders and the secret terrorists to the supporters as well as defenders of the team. There is an individual factor for every style of warfare. If you are a fan of first-person shootings online, team-based shooting games and run & gun, this is a great action game for you. 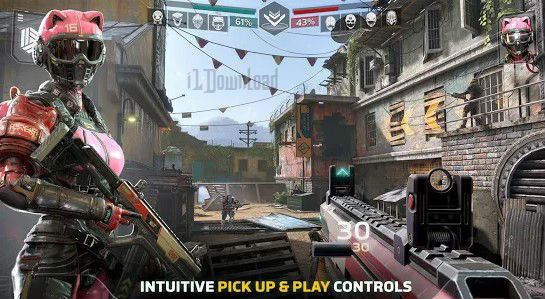 Features of the game Modern Combat Versus Android :

Modern Combat Versus game offered by Gameloft on Google PlayStore with 4.0/5 average users rating and millions of downloads. It’s recommended playing this game on Android 4.0.3 or the latest version with at least 2 GB RAM and the quad-core processor.

Note: The latest version of this game does not support offline data file, so download the data file within the gameplay after installing this APK file.

This site uses Akismet to reduce spam. Learn how your comment data is processed.